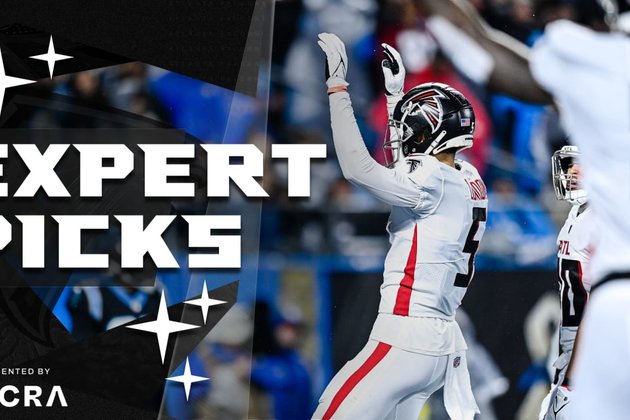 Who will win, Falcons or Bears Expert Picks

The Falcons will clash against the Chicago Bears at homeAshton Edmunds

The Falcons welcome the Chicago Bears to Mercedes-Benz Stadium on Sunday, looking to rally from back-to-back losses. Facing a quarterback like Justin Fields will be no easy undertaking. The second-year pro is off to a great start this season, ranking sixth in rushing yards across the NFL with 749 yards and six touchdowns on 104 attempts.

More recently, in his last two games, Fields rushed for 100-plus yards, becoming the first Bears' quarterback to do so and this past Sunday, Fields had a record-setting day rushing for 147 yards while notching two passing touchdowns and two rushing touchdowns.

"There run game is rolling and he's been a big part of that," head coach Arthur Smith said in a Nov. 16 press conference.

Even with Chicago's second-leading rusher Khalil Herbert placed on injured reserve, the Bears will continue to pose a threat to a Falcons defense who has allowed 399.5 yards per game this season, the second-worst in the league.

With the Bears having the highest total amount of rushing yards (2,017) in the NFL, stopping the run with be the focal point for Atlanta in this Sunday's NFC conference clash.

Let's take a look at who the experts have picked to win on Sunday:

Takin' it back to 1966! Shop the Red Helmet Collection today online or in-store at Atlantic Station.