ORLANDO, FL / ACCESSWIRE / October 5, 2022 / Effective September 7, 2022, the Board of Directors of New Frontier Energy, Inc. (OTC:NFEI) determined to cease real estate-related operations and adopted a new business plan to enter the oil shale extraction industry, with its business centered around a technology known as Resonance And Micronization System (R.A.M.S.) which it has sublicensed, on an exclusive basis, from United Energy Corp. (OTC:UNRG), with the consent of the master license holder. 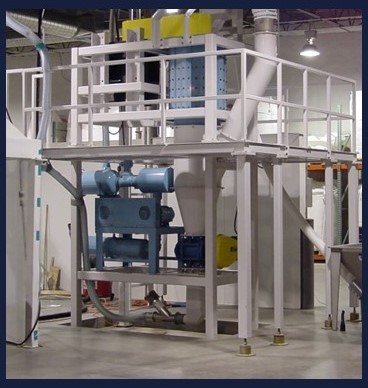 Shareholder Update. The Company's CEO, Richard Edelson, is prepared to lead its charge into the oil shale extraction industry. 'We believe the R.A.M.S. technology will revolutionize oil extraction from shale deposits. The R.A.M.S. technology is more economical, higher-yielding, energy-efficient, environmentally-friendly, rapidly-producing, and lower-maintenance than traditional methods of oil extraction from shale reserves,' Mr. Edelson stated. 'We are currently in the process of funding the manufacture of our first R.A.M.S. machine and have already begun implementing our sales strategies towards establishing a new frontier energy company. We will provide periodic updates to our shareholders, as progress is made,' Mr. Edelson concluded.

Brian Guinn, CEO of UNRG, added, 'The R.A.M.S. technology revolutionizes the traditional methods of oil extraction from shale reserves. United Energy is excited to partner with New Frontier Energy in the development and expansion of this exciting technology. With its Regulation A offering in place, New Frontier Energy has an existing funding structure that should allow for a significantly more robust technology development, manufacture and sales process well ahead of any other company in this space. Today, UNRG has a 20% fully diluted equity stake in New Frontier Energy and we are committed to aiding in its success.'

About R.A.M.S. The micronized R.A.M.S. technology is able to remove from shale rock either pollutants or kerogen, the coveted precursor to crude oil, in seconds and minutes versus hours and days. It reduces levels of emissions and toxic materials many times over that of conventional processes.

In the energy industry, separating raw oil shale and kerogen, the crude oil precursor, is of particular interest. Resonance disintegration technology is considered 'clean removal.' It is performed before the retorting, or heating process, and retains the natural composition without activating toxic elements. This results in a purer product and greater yield of shale oil over conventional methods.

Until recently, removing oil from shale rock relied on crushing, pulverizing, and grinding milling processes using high-impact machines. In contrast, the resonance disintegration technology causes materials to be liberated from within, maintaining the integrity of the original material while protecting nearby groundwater.

Kerogen Capture. Although oil shale itself does not contain oil, it possesses the precursor to crude oil - an organic material called kerogen. The goal is to remove the kerogen. When kerogen is heated it can be converted to synthetic crude oil and other derivatives. Using this technology, the kerogen is shattered from within the shale matrix instead of being ground or crushed.

The fine particles enable the coveted separation of the oil from the mineral solids. Because only the kerogen is heated and not the solid particles, the amount of energy expended in the retorting process is drastically reduced from conventional methods. Another economic benefit.

Conventional oil shale mining requires a process called retorting. This involves heating organic shale to about 900 degrees F after which it decomposes into gas, a solid residue, and condensable oil. If this process takes place while the shale is still in the ground, it is known as 'in situ' mining. This necessitates an explosive to create injectable spaces or voids, hydraulic pressure, and an injection of hot fluids. The downsides of this method are low efficiency rates of recovery, collapsing surfaces, and the potential for groundwater contamination.

Another method of processing oil shale is called, 'ex situ' mining. During this method, oil shale is first extracted from the Earth by surface or through underground mining. Once above ground, the rock is crushed, and then retorted to release the shale oil. This method is able to recover up to 90% of the oil shale reserves. After the complex procedure of pulverizing the ore, the oil and organic materials are finally separated during the heating process.

When complete, the remaining solid material is 20 - 30% greater in bulk than initially. Most of the retorted shale can be disposed of in the original mine, but the remaining increased volume will need to be trucked to other disposal sites. As a result, both the environment and operating costs are negatively affected.

Cleaner, Purer, Cheaper, A New Frontier. However, using R.A.M.S. for that same mine, by separating the kerogen before the retorting process, the oil yield is much higher from the concentrated kerogen. Also, expansion of the mineral matter does not occur and it could be returned in whole to the site from where it was mined. The need for above ground disposal would be eliminated, reducing operating costs while benefitting the environment.

Generative pulsating resonances break down, or disintegrate, biomass materials near their natural fracture sites. Particles are reduced to submicronic or granular size, in under a second in many cases, via vortex-generated shearing forces and shock waves.

No physical contact is needed, and costs are significantly reduced compared to conventional processes. The technology will work on hundreds of materials. Each material has a unique frequency for the best results of disintegration. Currently most of those materials are destroyed by conventional pulverization methods.

Abundant Oil Shale Reserves. Oil shale exploration in the United States has faded since 1991 because of high start-up and operational costs coupled with lower energy prices. Yet, according to the United States Geological Survey (USGS) Energy Resources Program, almost 35% of the known oil shale reserves in the world can be found in the Green River formation, an area in western Colorado, eastern Utah, and southwestern Wyoming covering about 17,000 square miles. There is an estimated 1.2 trillion barrels of oil in reserves within the Green River formation.

Major oil companies received several patents for new recovery technologies for oil shale previous to the current favorable price of oil. This conveys interest in extracting oil shale deposits concurrent to the rise of oil prices. With R.A.M.S. technology already on the market, multi-national oil companies who own mining rights to vast oil shale deposits in the Green River formation are considered potential end-users. These sites are the easiest to recover, and by far the richest oil shale reserves in the world.

Colorado Acknowledgment. In a letter from the former Director of the Colorado Office of Economic Development and International Trade, Brian Vogt, said, 'I understand the potential this technology has for mining applications specific to the State of Colorado. The comments advanced by the technical review personnel of the Department of Energy anticipate the great contribution this technology will make toward resolving our dependence on foreign oil…and will make a significant contribution to national oil requirements for decades to come.'

'It is clear that R.A.M.S. (Resonance And Micronization System) is energy efficient, environmentally sound, and economically competitive and the production of mill equipment and its related industries could add significant capital and thousands of jobs to the State's economy. Opportunities exist beyond shale oil and range from hard rock mining industry to the agricultural sector.'

Stay Up to Date. For news and updates, shareholders, prospective investors, and prospective business partners are encouraged to follow NFEI_Info on Twitter.

New Frontier Energy is further developing a breakthrough oil shale extraction technology to access the abundant oil shale reserves within our own borders, bringing us closer to energy independence. By using a patented Resonance And Micronization System (R.A.M.S.), New Frontier Energy is able to extract kerogen from oil shale by using high frequency sound waves that pulverize rock as opposed to traditional methods of crushing or grinding. The R.A.M.S. technology significantly reduces the costs of oil shale extraction while avoiding many of the negative environmental impacts. The end result is a cleaner, purer and cheaper form of kerogen extraction.

This current press release contains 'forward-looking statements,' as that term is defined in Section 27A of the United States Securities Act of 1933, as amended, and Section 21E of the Securities Exchange Act of 1934. Statements in this press release which are not purely historical are forward-looking statements and include any statements regarding beliefs, plans, expectations or intentions regarding the future, including, but not limited to, any products sold or cash flow from operations.

Actual results could differ from those projected in any forward-looking statements due to numerous factors. Such factors include, among others, the inherent uncertainties associated with distribution and difficulties associated with obtaining financing on acceptable terms. These forward-looking statements are made as of the date of this news release, and we assume no obligation to update the forward-looking statements, or to update the reasons why actual results could differ from those projected in the forward-looking statements. Although we believe that the beliefs, plans, expectations and intentions contained in this press release are reasonable, there can be no assurance that such beliefs, plans, expectations or intentions will prove to be accurate. Investors should consult all of the information set forth herein and should also refer to our most recent annual report for our last fiscal year, our quarterly reports, and other periodic reports filed from time-to-time with OTCMarkets.com.