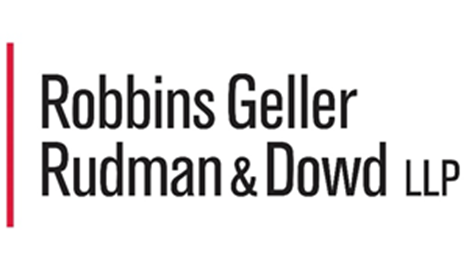 If you suffered substantial losses and wish to serve as lead plaintiff of the Olo class action lawsuit, please provide your information here:

You can also contact attorney J.C. Sanchez of Robbins Geller by calling 800/449-4900 or via e-mail at jsanchez@rgrdlaw.com.

CASE ALLEGATIONS: Olo provides software to restaurants to assist with online ordering and food-delivery coordination. On February 12, 2020, Olo announced a partnership with Subway® restaurants to enable Subway's more than 20,000 U.S.-based restaurants to handle digital orders from third-party 'marketplaces' such as Uber Eats or DoorDash. Olo then went public via an initial public offering ('IPO') in March 2021, offered its shares for sale at $25 per share, and opened trading at $32 per share.

But as the Olo class action lawsuit alleges, defendants throughout the Class Period misled investors as to Olo's success by citing active locations figures that included Subway locations that would imminently cease using Olo's services and by failing to disclose that Subway would be ending its relationship with Olo.

On August 11, 2022, Olo revealed that 2,500 Subway locations had begun to directly integrate with third-party marketplaces and that the remaining 15,000 Subway locations would be removed from Olo's active locations count in the fourth quarter of 2022 and the first quarter of 2023. Olo further acknowledged that the previously undisclosed Subway exodus had been known internally throughout the Class Period. In fact, Olo's CFO, defendant Peter J. Benevides, admitted that Olo took the undisclosed pending Subway departure into account when providing guidance for the year. On this news, the price of Olo common stock fell by approximately 36%, damaging investors.

ABOUT ROBBINS GELLER: Robbins Geller is one of the world's leading complex class action firms representing plaintiffs in securities fraud cases. The Firm is ranked #1 on the 2021 ISS Securities Class Action Services Top 50 Report for recovering nearly $2 billion for investors last year alone - more than triple the amount recovered by any other plaintiffs' firm. With 200 lawyers in 9 offices, Robbins Geller is one of the largest plaintiffs' firms in the world, and the Firm's attorneys have obtained many of the largest securities class action recoveries in history, including the largest securities class action recovery ever - $7.2 billion - in In re Enron Corp. Sec. Litig. Please visit the following page for more information:

Attorney advertising.
Past results do not guarantee future outcomes.
Services may be performed by attorneys in any of our offices.