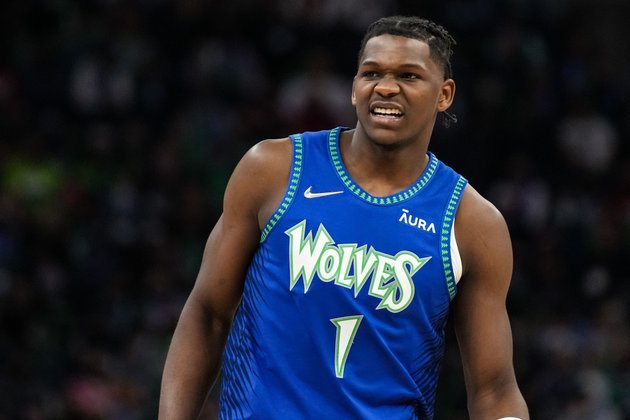 Anthony Edwards leads Wolves into Round 3 vs. Warriors

Anthony Edwards takes his fledgling campaign for 2023 NBA Most Valuable Player to the stage of one of 2022's frontrunners when the Minnesota Timberwolves visit the Golden State Warriors on Thursday night in San Francisco.

After leading Minnesota to the fourth win in its last five games Tuesday night in Portland, Edwards seemed to take a shot at the NBA's balloting for 2021 Rookie of the Year when looking ahead to a bigger prize next season.

Edwards surely has distanced himself from last year's rookies. With a current 22.7 scoring average after going for 19.3 a night last year, he has accumulated 2,321 career points, more than 700 more than the Rookie of the Year choice, Charlotte's LaMelo Ball.

The 20-year-old added a career-best 48 to that total in his previous visit to Golden State in November. And he has since done something even 3-point king Stephen Curry didn't accomplish, becoming the youngest in NBA history to reach 300 threes against the Brooklyn Nets on Sunday.

More important from a team standpoint, the Timberwolves' recent run has vaulted them into the seventh spot in the Western Conference playoff chase. They finished last season with the third-worst record in the West to extend a streak of playoff-less seasons to three (and 16 of the last 17).

The Timberwolves have split a pair with the Warriors this season, each winning easily on their home court.

Golden State got 35 points from Andrew Wiggins in a 123-110 win in the San Francisco meeting in November, before Minnesota took advantage of Curry's absence to square things with a 119-99 shellacking on Jan. 16.

The road loss came as part of an 11-game offensive slump in which the Warriors failed to reach 100 points six times. They went 5-6 in those games.

But aided by Curry's 18 points, nine rebounds and seven assists, they were hitting on all cylinders in Tuesday's 130-92 romp over the visiting Dallas Mavericks. Seven Warriors scored in double figures for the first time this season, led by rookie Jonathan Kuminga with 22.

"It's a really good two-way game for us," Warriors coach Steve Kerr said of his team's third straight win. "(It) feels like, these last couple weeks, we've been kind of grinding and just hoping to get out of the mud, and tonight felt kind of cleansing, like: OK, we're right again. But we got to prove it by having another good game (against Minnesota)."

The prize acquisition in the Wiggins acquisition from Minnesota, D'Angelo Russell, hit the game-winning layup in Portland.

A Warrior for just 33 games before getting dealt to the Timberwolves in February of 2020, Russell remains the only player other than Curry to hit nine or more 3-pointers in the 2 1/2-year history of San Francisco's Chase Center. In fact, Russell did it twice.

The Warriors also got the draft rights to Kuminga as part of the Wiggins-Russell deal. He has come on strong of late, having scored in double figures in six of his last nine games.

The 19-year-old never left the bench in the Timberwolves' previous visit, then had 19 points as a reserve in the loss at Minnesota. 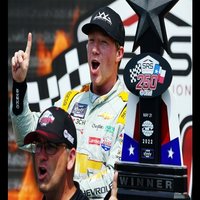