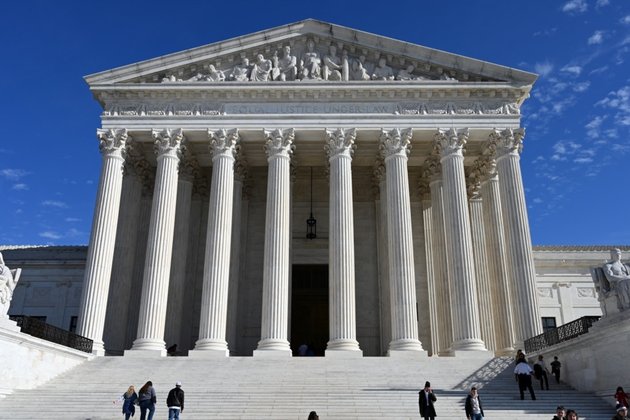 US Supreme Court to Hear Challenges to Race-Based College Admissions

The U.S. Supreme Court on Monday said it will hear two cases that could determine if race can be used as a factor for college admission.

The cases, brought by the conservative group Students for Fair Admissions, targets Harvard, the country's oldest private school, and the University of North Carolina, one of the nation's oldest public schools. 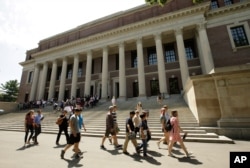 FILE - People walk past an entrance to Widener Library, behind, on the campus of Harvard University, in Cambridge, Mass., July 16, 2019.

'Harvard's mistreatment of Asian-American applicants is appalling,' the plaintiffs wrote in their brief in the Harvard case. 'That Harvard engages in racial balancing and ignores race-neutral alternatives also proves that Harvard does not use race as a last resort.'

Harvard says race is only one consideration for admission.

'Harvard does not automatically award race-based tips but rather considers race only in a flexible and non-mechanical way; consideration of race benefits only highly qualified candidates; and Harvard does not discriminate against Asian-American applicants,' the school wrote the court in its brief.

At UNC, Students for Fair Admissions is demanding a colorblind admissions process.

'Public schools have no legitimate interest in maintaining a precise racial balance,' Students for Fair Admissions wrote in its brief to the court.

Both cases are seen as landmark challenges to affirmative action policies in university admissions. Affirmative action seeks to address disadvantages and discrimination certain groups have historically faced in America and ensure equal access of opportunity in education, employment and other areas.

UNC Charlotte's website says it enrolls "a diverse, competitive class of scholars" each year and that the university prides itself "on being one of the most diverse public universities" in the state. The site adds: "Having a diverse student body gives our students the opportunity to learn from other students from different backgrounds and cultures ... to create a holistic and informed academic and social experience."

Institutions of higher learning that prioritize achieving racially-diverse student bodies have at times been accused of watering down admissions criteria for certain minority applicants and, in effect, penalizing more qualified applicants from other groups.

Chief Justice John Roberts has been an outspoken critic of affirmative action, famously declaring in a 2006 opinion, 'It is a sordid business, this divvying us up by race.'

The cases will likely be heard during the Supreme Court's 2022 term, which starts in October.

Some information in this report comes from Reuters.